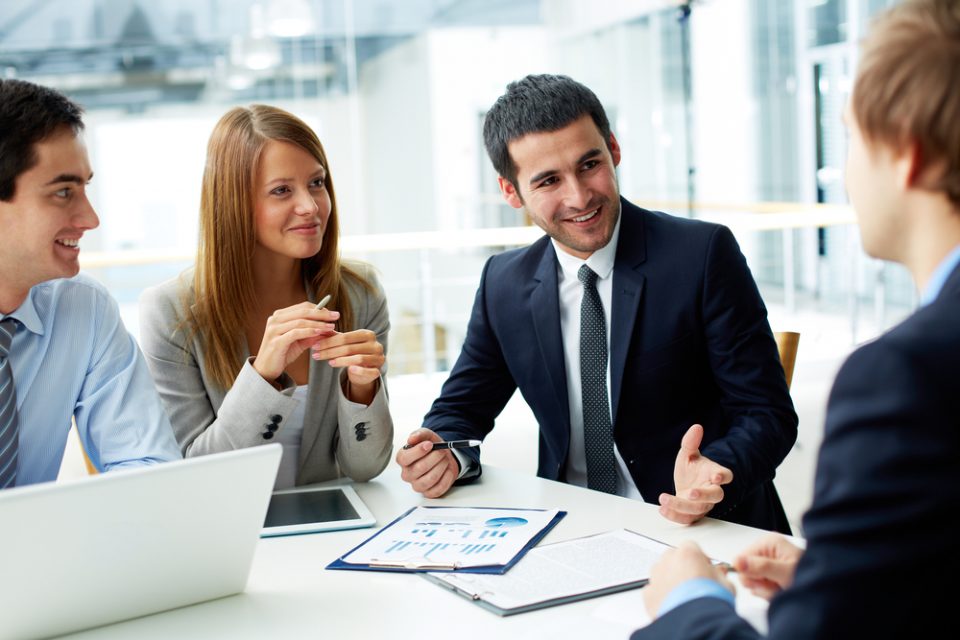 From the mighty stretches of the Karakoram in the North to the vast alluvial delta of the Indus River in the South; Pakistan remains a land of high adventure and nature. Trekking, mountaineering, white water rafting, mountain and desert jeep safaris, camel and yak safaris, trout fishing and bird watching are a few activities, which entice the adventure and nature lovers to Pakistan.

Pakistan is endowed with a rich and varied flora and fauna. High Himalayas, Karakoram and the Hindukush ranges with their alpine meadows and permanent snow line, coniferous forests down the sub-mountain scrub, the vast Indus plain merging into the great desert, the coast line and wetlands, all offer a remarkably rich variety of vegetation and associated including avifauna, both endemic and migratory. Ten of 18 mammalian orders are represented in Pakistan with species ranging from the world’s smallest surviving mammals, the Mediterranean Pigmy Shrew, to the largest mammal ever known; the blue whale.

Pakistan is home to 108 peaks above 7,000 meters and probably as many peaks above 6,000 m. There is no count of the peaks above 5,000 and 4,000 m. five of the 14 highest independent peaks in the world (the eight-thousanders) are in Pakistan (four of which lie in the surroundings of Concordia; the confluence of Baltoro Glacier and Godwin Austen Glacier).

The hotels & motels industry value consists of all revenues generated by hotels, motels and other accommodation providers through the provision of accommodation and other services.

The total value includes room revenue and non-room revenue, including shops and telecommunication services. The industry is segmented according to the origin of the revenues (leisure consumers and business consumers).

The food service industry is valued according to total sales of all food and drink in or through accommodation outlets, full service restaurants, quick service restaurants and fast food, and other. The accommodation segment includes food and drinks sales in bed and breakfasts, guest houses, holiday parks, hostels, and hotels and motels. This segment includes food and drink sales in leisure venues, such as visitor attractions; mobile operators, such as vans and other mobile operators; retailers, such as bakeries, convenience stores, delicatessens, department stores, garden centers, service station forecourts, supermarkets and hypermarkets, and other retail sales.

Pakistan’s with its slogan; “It’s beautiful, it’s Pakistan” has managed to generate interest from travelers from across the globe.

Pakistan is working hard to eradicate its negative image and promote itself as “Emerging Pakistan”, promoting a considerable tourist offer and a safe and hospitable environment.

Along with business and leisure tourists, a large number of tourists to the country are overseas Pakistanis. Leisure is a major reason for travel for the vast majority of domestic tourists and a sizeable majority of inbound tourists in 2019.

Major cities of Karachi, Lahore and Islamabad are the leading destinations for business travel. There is a constant rise in tourists to the northern areas of Pakistan, especially the Swat Valley, which is also known as the “Switzerland of Pakistan”.

Government is actively promoting ‘religious tourism,’ as it is one of the most significant revenue-generating businesses in the world. e.g. kartarput project. The government will also actively participate in the birthday celebrations of Baba Nanak.

In the past, only 3,000 visas were issued to Sikh pil grims. The initiative has also drawn the attention of the Sikh community around the world. A recent survey data revealed that a whopping 83 percent of the eight million diaspora Sikhs living outside India had shown interest in visiting Pakistan.

Also, 79 percent of the 20 million Indian Sikhs expressed an interest in visiting Pakistan. In KP, which is dotted with sacred Buddhist sites the government is working with the World Bank to develop a Buddhist trail to attract Buddhists, and in particular, monks from across the globe.

Pakistan is home to the world’s sixth largest population with a growing middle class. As of 2018, there are approximately 17 million middle class households and 102 million middle class individuals. The food and beverage processing industry is the 2nd largest industry of Pakistan after textiles, accounting for 27% of the value-added production and 16% of employment in the manufacturing sector.

Food processing accounted for an annual average of $223.5m in FDI from 2012-2018. The three major industry groups are (1) frozen food (2) value addition in major food crops and (3) fruits, vegetables and intermediate products Pakistan was awarded the Generalized Scheme of Preferences (GSP) Plus Status (Zero to Low Duty) by the European Union in 2014 which has the potential to greatly uplift the exports of processed food products.

A growing population, coupled with an increase in urban lifestyles has been the primary driver behind the rising demand for frozen food products. Additionally a budding retail phenomenon is finding its way in the urban markets. This factor has been complemented with the rise of malls, super markets, hyper marts, drug marts e.g. Metro, Al Fatah and Hyperstar, instead of the traditional kiryana and general stores. Local organizations such as Dawn Foods, season foods, K&N’s, Sabroso & Sufi have made significant impact in the market with their frozen food products.

Pakistan is one of the largest producers of industrial crops such as rice and wheat. Such crops can be used in the production of a variety of different products such as cereals, macaroni, spaghetti, pasta etc. Good food processing techniques such as extrusion are being utilized in several developed countries, and are now finding its way to Pakistan as well. Currently, the extrusion technology is being utilized in Pakistan in the processing of food products like cereals, pasta, snacks etc.

The total availability of edible oil from all sources in Pakistan is estimated at approximately 3 million tons. 23% of oil seeds are produced domestically while the remaining is mostly imported which provides a huge opportunity for an increase in domestic production. These oil seeds are used extensively in the vegetable ghee and cooking oil industry of Pakistan which is one of the largest manufacturing industries in Pakistan. There are approximately 160 small and medium sized vegetable ghee and cooking oil units spread all across Pakistan.

The beverage processing industry’s main products include dehydrated products, fruit products, including fruit juices/drinks, canned fruits and carbonated beverages. The industry has been categorized into two sectors broadly: (1) Juices, squashes and syrups and (2) Aerated beverages. Both the sectors have recorded an impressive growth with major players such as Pepsi, Coca Cola, Nestle, Mitchells, Shezan, Maza etc. Their production units are mostly located in the Punjab specifically Lahore, Sargodha and Bahawalpur.

Pakistan is the 4th largest milk producing country in the world which provides tremendous opportunities for value added products in the dairy sector. In the fruits and vegetable sectors, there are more than 25 processing plants. Most of the these are citrus based owing to its abundant acreage. Following citrus are mangoes which are abundant in Southern Punjab and Sindh. The major processing plants are located in Peshawar, Lahore and Karachi. Value added products include jams, jellies, marmalades, squashes, canned fruits etc.

This sector includes all the agricultural food produce (primary). This sector alone accounts for 21% of Pakistan’s GDP and includes the primary processing of fruits, vegetables, flour, sugar, pulses and grains. More than 22 varieties of vegetables are produced in Pakistan and there are approximately 1,400 flour mills. The country is ranked 5th in the world cane acreage and 9th in sugar cane production. Pulses are the most important source of vegetable protein in Pakistan and are cultivated on 5% of the total cropped area.

Pakistan’s Automobile industry contributes (2.8%) to its GDP and 30 billion rupees to the national exchequer in terms of taxes and duties. Pakistan is home to the world’s sixth largest population with a growing middle class. There are approximately 17 million middle class households and 102 million middle class individuals as of 2018.

Pakistan’s automobile industry is fastest growing in Asia. The production and sales have both grown by 171% and 172.5% respectively between (2014 and 2018), all of which has been fueled by the Automotive Development Policy introduced in 2016.On the 18th of March 2016, Economic Coordination Committee (ECC) passed the “Automotive Development” Policy 2016-21”, which offers tax incentives to new automakers to establish manufacturing plants. In response various car manufacturers have expressed their interest in entering the market including, but not exclusive to, Renault, Nissan, Kia, SsangYong, Volkswagen and Hyundai.

Following documents are required by a new investor to submit BOI alongwith an application:

The 4th Industrial Revolution is currently taking place and it is digital. The actual size of the 2016 digital economy was $11.5 trillion globally, which was 15.5% of the global GDP. The base digital assets comprise one-third, or $3.8 trillion, while digital spillover effects account for the remaining two-thirds, $7.5 trillion

Pakistan, which has about 60% of its 200 million population in the 15 to 29 age group, represents an enormous human and knowledge capital. Pakistan has more than 2000 IT companies & call centers and the number is growing every year. Pakistan has more than 300,000 English-speaking IT professionals with expertise in current and emerging IT products and technologies, 13 Software technology parks, More than 20,000 IT graduates and engineers are being produced each year coupled with a rising startup culture. In accordance with Pakistan Vision 2025 and the Digital policy of Pakistan 2018, the ICT industry size is targeted to reach $20 billion by 2025.

Demand in the Intl market

Pakistan was ranked at number four for freelance development in the world.

1,50,000 IT professionals available in the market

Usman Rasheed & Co is a leading Chartered Accountants firm having offices in Islamabad, Lahore, Karachi & Peshawar. The firm is providing quality services to its clients in the field of Auditing, Taxation, Corporate, Accounting, Legal & Secretarial Consultancy and, other related assistance to local and foreign private, public and other organizations.